If lockdown has been hard in the UK, it has been far worse for displaced people living in temporary camps in Greece, Lebanon, Jordan and Turkey. Living conditions are cramped and unhygienic at the best of times, with little access to clean water, power and medical facilities. 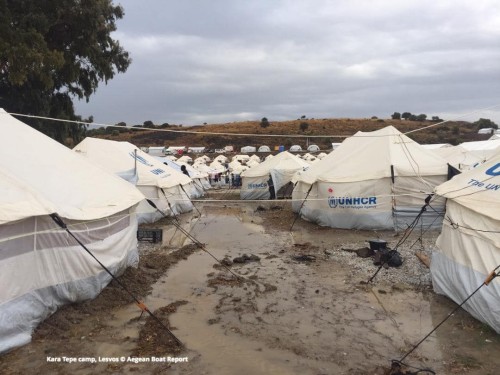 On Lesvos, the weather has been an additional problem as the new camp at Kara Tepe, which replaced Moria camp after it burned down in September, has flooded and the soil is contaminated with lead. In Lebanon, the government has yet to receive any vaccines, while the health service is overwhelmed by steeply rising infection and mortality rates. With the highest debt-to-GDP ratio in the world, Lebanon is ill equipped to cope with the economic and social impact of the pandemic. Its refugee population, 20% of the total, has suffered disproportionately, especially since the withdrawal by the Trump administration of funding for the UN Relief and Welfare Agency in 2018.

The Cambridge Must Act campaign, which is supported by CRRC, is continuing to press for action. The Cambridge City Council meeting in October 2020 was unanimous in its support for further resettlement of refugees in the city and local area. Whilst this was an excellent first step, it was not a firm commitment established by a motion and a vote. The Council will meet again in early February and the campaign is asking for a formal motion to be passed to secure their pledge. You can express your support for this initiative by emailing your local councillor or Councillor Nicky Massey, who speaks for the ruling Labour group on this issue.