The UK Government’s Nationality and Borders Bill has passed its Second Reading by 100 votes and is now in the Committe Stage. It is still essentially the same as the New Plan for Immigration and is being rushed through before the results of the consultation are known, and before all the obvious flaws that were pointed out by expert groups have been made public or indeed addressed. The advice we gave about the NPfI still stands: it is illegal and immoral. 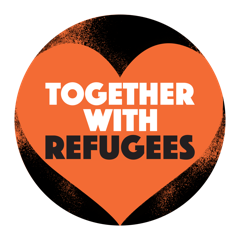 Please write to your MP pointing out the problems with the Bill and asking for them to oppose it. Use their email address if you have it, or you can use this WriteToThem form to find their details and send a message.

There’s an example below that you can use as a template, but please customise your own letter rather than just copying and pasting. Otherwise, your MP will receive lots of identical letters that they’re likely to ignore!

I am writing to you as my MP ahead of the second reading of the new Borders and Immigration Bill on 19 July. It is a shame that the results of the public consultation on the Government’s New Plan for Immigration have not been made public, because these should inform the Parliamentary discussion of the new Bill. I understand that many legal and social-reform experts and organisations have made important points about the Government’s proposals.

As you know, Cambridgeshire is an area with a large but invisible immigrant community, who are often white, educated and economically very productive. But Cambridge also has a long history of welcoming people seeking refuge, from Belgians displaced by the First World War, Jewish academics and Basque children fleeing the rise of fascism in Europe, to Vietnamese Boat People and dissidents from the former Eastern bloc, South Africa and Chile. This is something many of us are very proud of. Cambridge would simply not be the economic, intellectual and scientific powerhouse that it is without immigrants, some of whom arrived seeking asylum.

Cambridgeshire is not anti-refugee, so I hope you will reflect that with your vote.

The Home Secretary has said that the Government’s aim with this Bill is to make the system simpler, fairer and quicker. Few would disagree with this aim - recent polls suggest 60% of British people support reform along these principles, although I have no doubt it is higher locally. However, the actual proposals in the Bill introduce a system that is unfair to the asylum seekers in need of help, and would be simpler and quicker only for the Home Office because the Bill removes people’s rights.

Everyone knows that the asylum system needs reform, but it is clear that the bottleneck is with the Home Office and its decision-making: the backlog waiting for initial decisions has risen even though asylum claims have been falling over recent years. Surely this would be the place to begin reform, rather than trampling on our honourable traditions of sanctuary by instituting a two-tier system whereby how someone arrives to seek asylum is more important than why.

The new Bill will not ‘streamline’ or ‘improve’ the current system because much of it, according to a UN statement, contravenes international law or is impracticable or unethical. These are just a few of the many concerns raised by those who work in the sector but who were not consulted in the formulation of this Bill. Denying the opportunity to appeal poor decisions and penalising traumatised people if they are viewed as uncooperative make miscarriages of justice more likely and will make lengthy and costly legal proceedings inevitable.

I ask you, therefore, to speak for the solid majority of the British people who support reform but stand by the principle that those who need protection should get it. This should apply to anyone who arrives in the UK, by whatever means, who has a well-founded fear of persecution or harm in their home country.

Yours sincerely,
[Your Name]
[Also add your address, to show that you are a constituent]