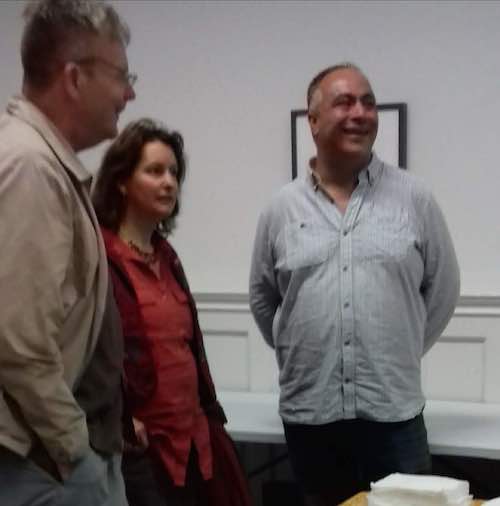 At the invitation of RE:action, the student refugee action group at the University of Cambridge, two CRRC volunteers shared a panel on 3 December with Steve Bedlam from Refugee Community Kitchen (RCK) to discuss their work with refugees in Northern France and Cambridge. RCK currently distribute 1700 meals a day to refugees and migrants sleeping rough in Northern France and are always happy to accept volunteers at the kitchen in Calais. It was interesting to discuss the varying situations and volunteer responses to the crisis in different parts of Europe. There were about sixteen university students taking part in the discussion, so we are hoping that some of them may volunteer with us.

Four CRRC volunteers delivered a series of lively RPE workshops to over 200 Year 10 students at Comberton Village College on 10 December. The topic was on ‘The Plight and Resettlement of Refugees in Cambridge’. The students were shown a presentation on refugees from the war in Syria and given a scenario of a typical refugee family on arrival in Cambridge. Working in small groups, the students each took on a role within a family, discussed the situation and offered advice to the CRRC volunteers. The volunteers felt that the students engaged with the situation sensitively and empathetically.