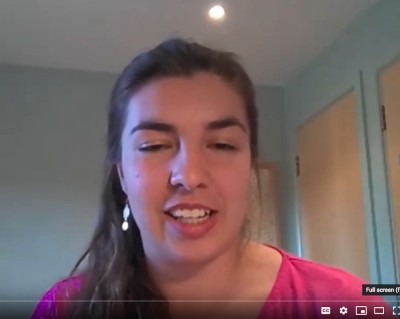 CRRC trustees have been campaigning over the past month to encourage everyone who cares about refugees to take part in this Government’s public consultation on Priti Patel’s New Plan for Immigration. We held a joint webinar on 22 April with CamCRAG and SolidariTee (right: Alexa Netty, Executive Director of SolidariTee, talks participants through the issues) to help people answer the questionnaire.

The changes proposed will bring misery and uncertainty to refugees and asylum-seekers, introducing offshore detention centres, a two-tier system to penalise anyone claiming asylum after reaching the UK in an ‘irregular manner’, a suggestion that small boats in the Channel should be ‘redirected’, which can only lead to more loss of life, and so on. The UNHCR has issued a legal opinion on the proposals confirming that many of them will contravene established international law. The consultation ended on 6 May after a very short window in which objections could be raised.

Despite its obvious flaws, the New Plan will indeed form the basis of the new Borders Bill introduced in the Queen’s Speech on 11 May. Please consider writing to your MP.